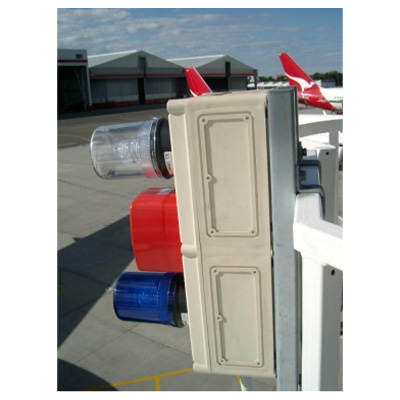 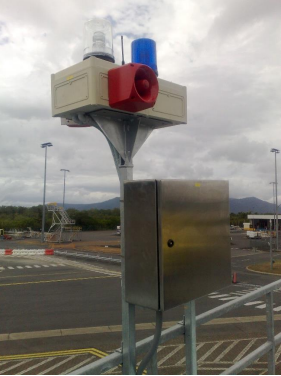 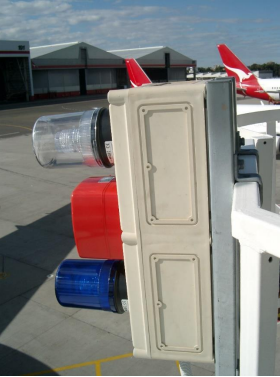 Indratel Australia has supplied storm warning systems to all major Australian airports, with details of these systems as follows.

The initial systems were supplied to QANTAS for implementation at Sydney, Brisbane, Adelaide & Darwin airports, and at the QANTAS Melbourne Airport maintenance facility; and later supplied to Cairns, Gold Coast & Perth Airports.

Other control systems can also be used.

The storm warning system central control & monitoring unit communicates with Elpro radios installed at multiple remote siren and strobe locations around the airport, to continuously monitor the status of these outstations, and control the sirens & strobes as required.

Note that the storm warning system is designed as a safety warning system (to warn airport staff of approaching thunderstorms and lightning activity); and does not detect lightning.

The storm warning system is typically activated by airport staff (generally at the airport terminal operations centre) based on advice from Bureau of Meteorology (BOM).

In addition to use at airports these systems can be used at seaports, container terminals, fuel depots, mine sites, and other facilities were timely advice of approaching thunderstorm activity can enhance the safety of the site staff.

Our Services
Our Products
Doing Business With Us