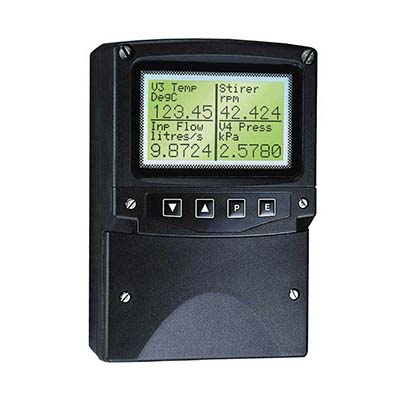 The 8 variable BA-x8x version provides a large 86 x 45 mm back-lit display with 9 standard screen options displaying 1 to 4 variables, measurement units and tags as well as bar graphs. The operator can select the displayed screen via the front panel push-buttons, or these buttons may be disabled. The instrument can be supplied with six isolated alarm outputs, each of which may be linked to any of the displayed fieldbus variables. Alarm setpoints can be entered via the front panel push-buttons, which in turn may be protected by a security code.

The cost effective BA-x1x displays a single fieldbus process variable on a bold five digit display and a 31 segment analogue bargraph. It supports FOUNDATION fieldbus™ H1 with an Input Selector fieldbus function block which is supported by most fieldbus hosts.

The BA-xx4 field mounted versions are housed in a robust IP66 glass reinforced polyester (GRP) enclosure with a toughened glass window that may be surface mounted, or pipe mounted using one of the accessory kits.

Our Services
Our Products
Doing Business With Us